Alice’s Adventures Beyond the Canal is a new audio play to mark the 150th anniversary of Alice Through the Looking-Glass. Alice has been reimagined and brought to IF Oxford by author JC Niala.

Alice is now a sassy, 21st century teenager, with a super-cool grandma, who explores brand-new scientific thinking which JC has uncovered by talking to researchers from across the globe, now working in the USA and UK.

Exploring a new world, Alice meets the Jester who is as characterful as the iconic Mad Hatter and where there was once madness, there’s now science. Alice unearths the importance of blending ancient ways with artificial intelligence for animal conservation in the ocean; heads into the sky to to learn, meeting a Kingfisher. She learns about bats, and then looks up to the stars above, where she ponders on curious questions of language and voice recognition to solve a riddle of great importance to her.

Alice’s Adventures Beyond the Canal

Written and Directed by JC Niala

and the work of AAAS IF/THEN Ambassadors:

It was supported by the U.S. Embassy London and Oxford Playhouse

Cast (in order of appearance): 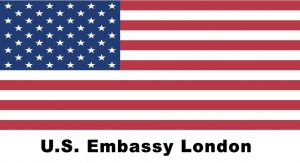 IF Oxford uses Pay What You Decide (PWYD) ticketing so you can choose to pay whatever you want, or can afford. You can make your donation during booking or after the event and the amount you pay is up to you. A suggested donation of £5 per person for each event enjoyed will help secure the future of the Festival. IF Oxford is run by The Oxfordshire Science Festival (charity #1151361) and your donation may be eligible for Gift Aid, where a charity can claim back an extra 25% of your donation at no cost to you.

Alice’s Adventures Beyond the Canal – meet the author and researchers

Alice’s Adventures Beyond the Canal – read the story