I meet Chris Lintott in the Oxford University Department of Physics’ new Beecroft Building, a structure that won RIBA South Building of the Year 2019 for architectural excellence, with its strong vertical elements of glass and bronze. Inside, wrapped in a staircase that’s engineered with strips of wood that sweep around you and reach into the sky, we talk beneath copper lights that hang above our heads like a solar system.

He spent his childhood looking at stars in a Devonshire back garden, dreaming of finding a comet because a comet is named for the person who discovered it. And how, I ask, did he go from there to becoming co-presenter on The Sky at Night, one of the BBC’s longest running programmes? “I just wrote to Patrick Moore,” he laughs.

“When I was 11, with a terrible haircut and an ill-fitting blazer bought to last for a good few years, Sir Patrick came to give a talk at school. When the time for questions ran out, he said we could write to him with any further questions so I did, and he wrote back. I never stopped writing!

“I was incredibly lucky because my school, the local state grammar, had an observatory. The physics teacher and technician, Graham Veale and Ian Walsh, were both enthusiastic about astronomy and ran teenage discos for years to raise the money to build it. Given a set of keys, and with a local pizza place that would deliver directly to the observatory, we students set out to make discoveries. I was struck by the revelation that ‘science isn’t finished’, that the teachers at school and even the experts don’t have all the answers – science is an ever-changing adventure and one that I could be part of. It was a really exciting thought.

“Actually the old telescope in the observatory was very difficult to use, and the number 4 key on the computer that powered the telescope was broken, which really restricted the coordinates we could work with, but there was still lots of the universe we could look at. My parents were baffled by my enthusiasm and I think they remain confused about what I do for a living to this day.”

Fast forward some years and, although the sky remains his passion, Chris now runs Zooniverse, an inclusive internet-based model of people-power, or ‘citizen science’. Zooniverse harnesses the interests of tens of thousands of volunteers around the globe and gives every one of us the chance to make a contribution to our understanding of the world in just a few minutes, whether you are interested in exoplanets or earthquakes, the world of Shakespeare or old ships, antelopes or aliens.

Zooniverse extends well beyond the stars and Chris laughingly describes visiting the Antarctic one summer to spend a couple of weeks with a friend and researcher, Dr Tom Hart, a penguinologist, “surely one of the coolest job titles in the world. Dr Hart was counting penguins by taking thousands of aerial images to record their numbers and monitor changes to their colonies over time. Because of the sheer numbers of birds involved, he was asking lots of volunteers to help count the birds in each and every image to help build a picture of what was happening in the world of penguins.

“I spent a summer sorting penguin poo, moving samples from one test-tube to another, and it really does smell appalling. Tom has this habit of hitch-hiking on luxury cruise liners and so I tagged along with him and the stench in our cabin was so bad there was once a knock on the door and outside was the ship’s steward with two plumbers who had come to investigate the pipework.

“It was worthwhile because once studied back in the UK, the poo samples backed up the imagery to show how the penguin population was being affected by trends in fishing habits, and as a result of the efforts of all those volunteers the boundaries of a particular conservation area were changed to prevent further decline. However, I have been particularly pleased to be an astronomer and not a biologist ever since.’’ 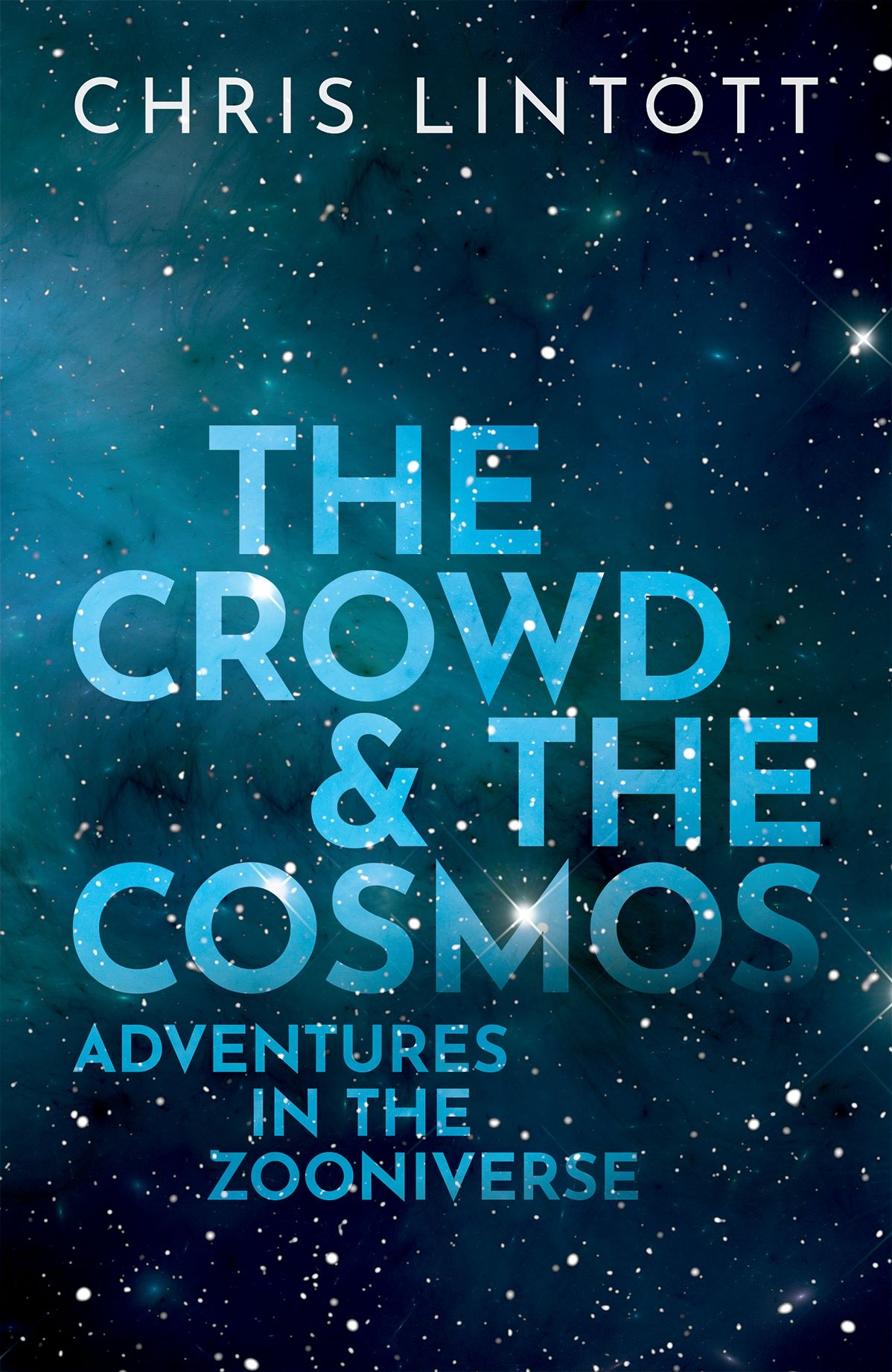 a giant telescope or digital imagery on the Zooniverse platform gives you far more detail than the naked eye, he tells me that you can stargaze perfectly well in Oxfordshire. “Saturn is in the evening sky in October and you can see the Orion Nebula throughout the autumn and winter. It does take your eyes about half an hour to get used to the dark, so wrap up warm with a hot chocolate and wait. You can also see the space station orbiting a few times a month just after sunset – visit spotthestation.nasa.gov to see which days – and there’s always something magic about seeing a bright light passing across the sky so far away and knowing there are people up there in the stars.”

Thanks to the power of the Zooniverse volunteers helping scientists find planets similar to our own, one day there may be many more of us orbiting the earth and heading out into the great dark yonder. With Sir Patrick Moore and Brian May, both Queen guitarist and cosmic dust authority, Chris is co-author of a wonderful glossy coffee-table book The Cosmic Tourist (Carlton 2012) which takes the reader on a tour of 100 celestial tourist hotspots, with glorious planetary and stellar imagery. His latest book The Crowd and the Cosmos comes out this month and you can hear Chris talk at the IF Oxford, the Science and Ideas Festival in the Wig & Pen pub on Friday 25 October.